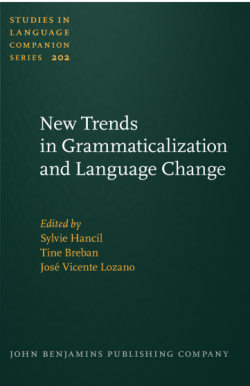 The chapters in this volume present a state of the art of grammaticalization research in the 2010s. They are concerned with the application of new models, such as constructionalization, the ongoing debate about the status and modelling of the development of discourse markers, and reveal a renewed interest in the typological application of grammaticalization and in the cognitive motivations for unidirectionality. The contributors consider data from a wide range of languages, including several that have not or marginally been looked at in terms of grammaticalization: Chinese, Dutch, (varieties of) English, French, German, Japanese, Maltese, Old Saxon, Spanish, and languages of the South Caucasian and Zhuang Tai-Kadai families. The chapters range from theoretical discussions to fine-grained analyses of new historical and comparative language data. This volume will be of interest to linguists studying morphosyntactic changes in a range of languages, and in particular to those interested in models for grammatical change.