Pirro Ligorio and the Roman aqueducts 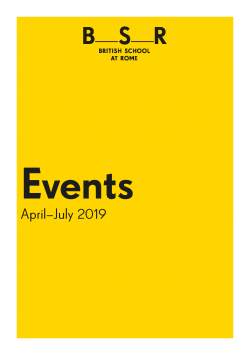 After the catastrophic Tiber flood of 1557, control over the river and repairs to the aqueducts represented the major urban issues that needed to be resolved in the context of Rome’s renovation. Massive public works were commissioned, namely around Castel Sant’Angelo and for the reconstruction of the aqueduct named “Acqua Vergine”. These projects produced numerous discussions and writings by a series of individuals of varied backgrounds, like the physician Andrea Bacco (1524-1600), the engineer Antonio Trevisi (d.1564), the jurist and Roman magistrate Luca Peto (1512-1581), and the antiquarian Pirro Ligorio (1512c.-1581), all of them being eager to attract the prestigious patronage of the Papacy. In his antiquarian works called “Roman antiquities”, Ligorio produced the only extant illustrated treatise on the renovation of the Acqua Vergine. In my talk I will focus on this treatise to try to describe how Ligorio faced problems of urbanisation and hydrology which were linked to the most impressive ruins of Roman civilisation.